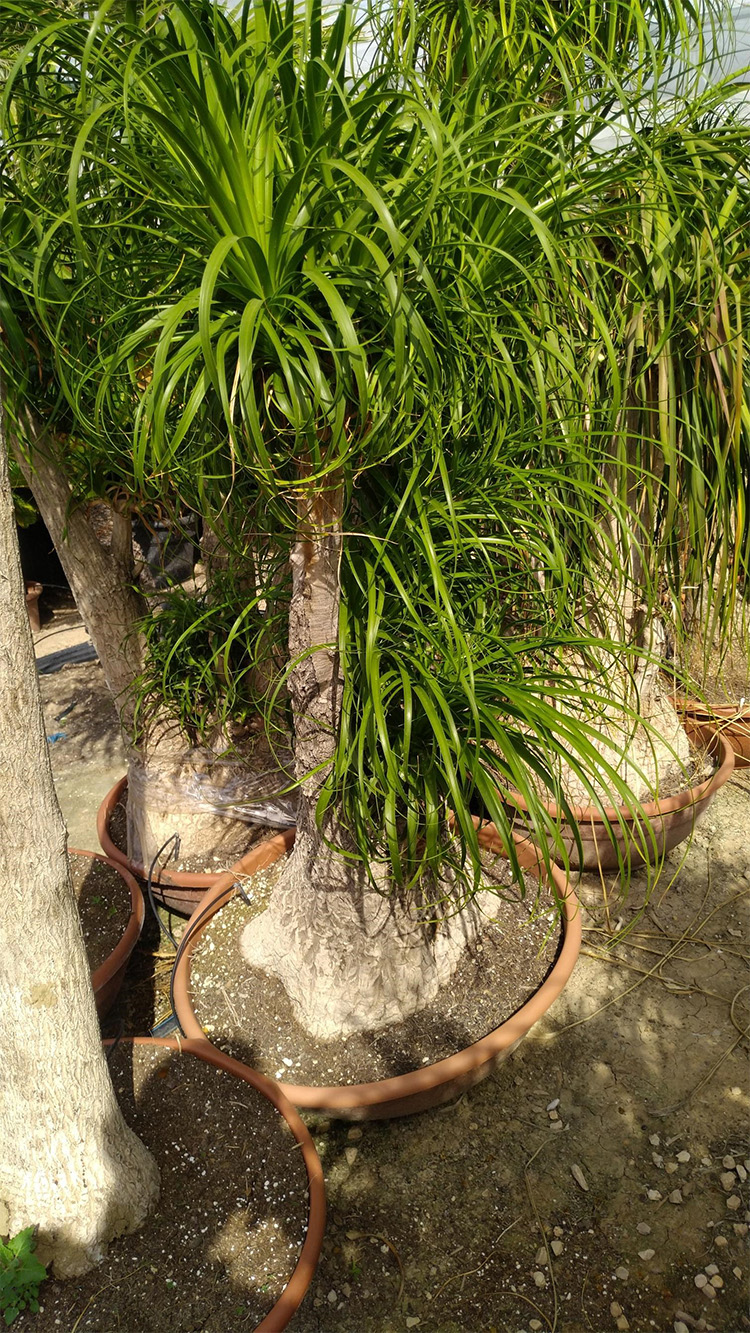 Beaucarnea is a genus of nine species of angiosperm plants, belonging to the Ruscaceae family, native to Mexico, Belize, and Guatemala. The genus was included in Nolina, and had previously been included in the Nolinaceae or Agavaceae families. It is currently out of danger of extinction.2 Although it has different names, it is generally called "elephant foot" or "ponytail palm". This spice is used ornamentally, and even in some countries its flowers are edible. In addition, some research has considered it as a possible precursor of steroidal hormones.