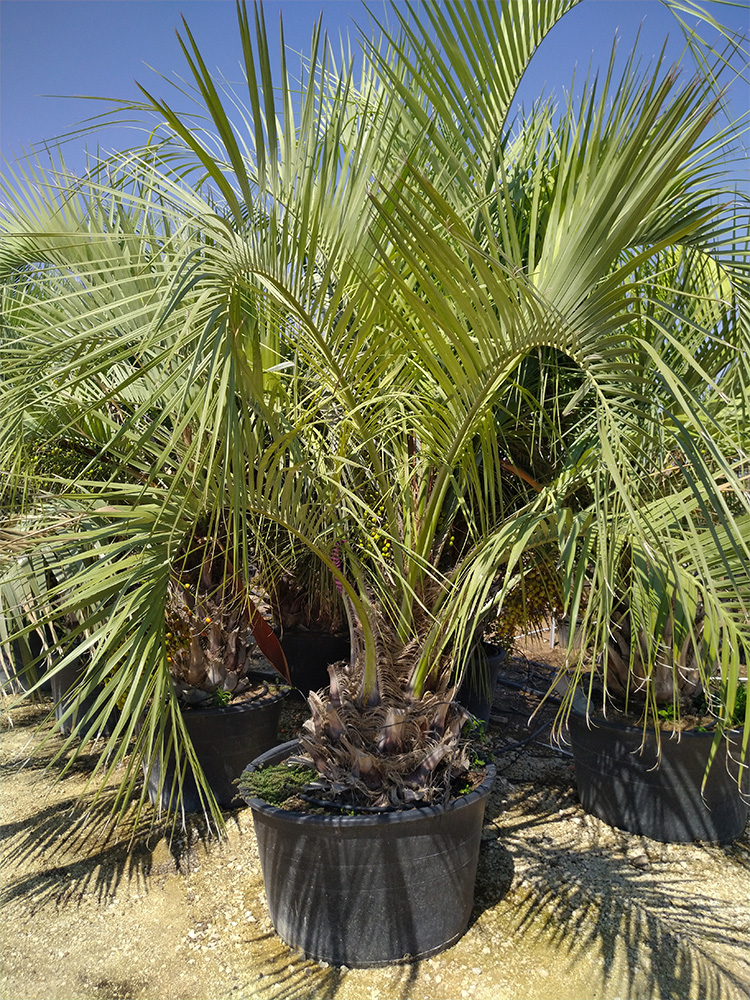 The capitata palm or jelly palm (Butia capitata) is a species of the genus Butia of the palm family (Arecaceae). It lives in some areas of South America.It should not be confused with the Butia Odorata palm that forms extensive palm groves in eastern Uruguay, which until 2011 was considered a subspecies of Butia Capitata.This palm tree is distributed especially in northeast Argentina, eastern Uruguay and endemically in central-eastern Brazil, being an endemism of the phytogeographic province of the Cerrado of the states of Goiás, Bahia and Minas Gerais.