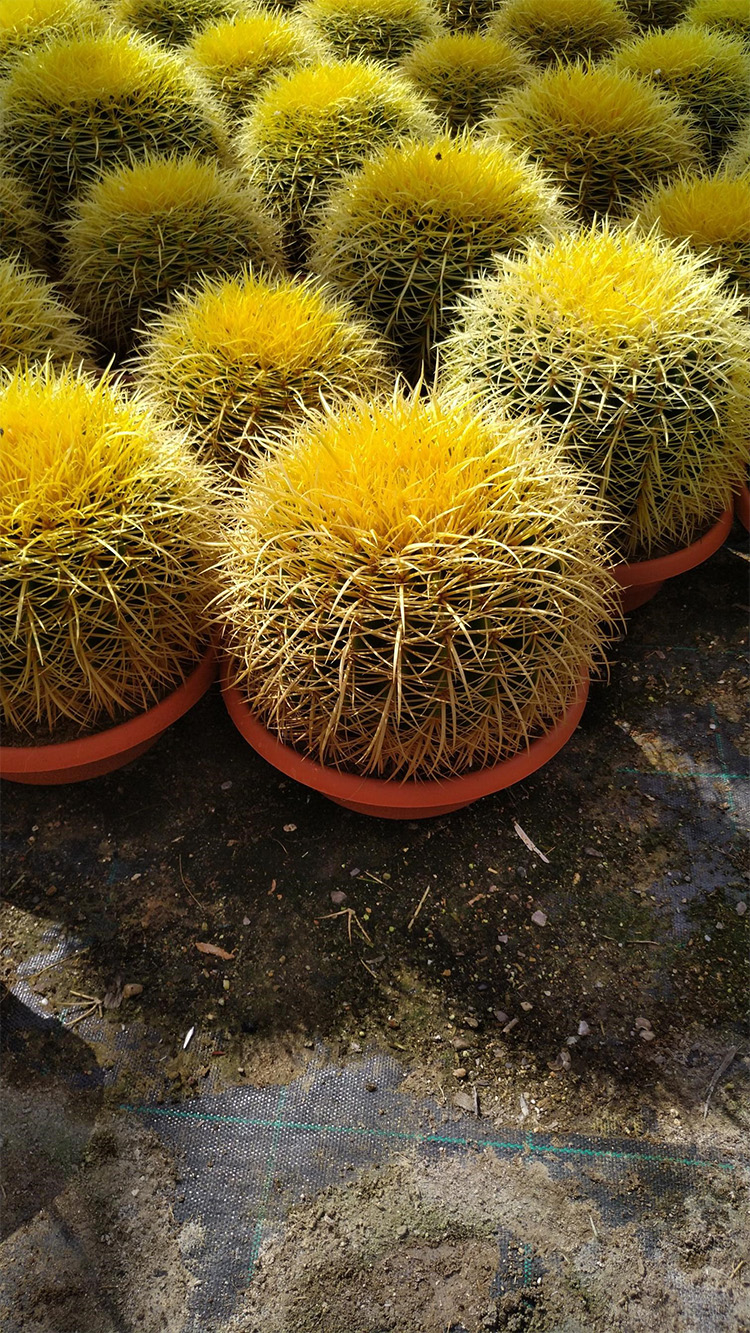 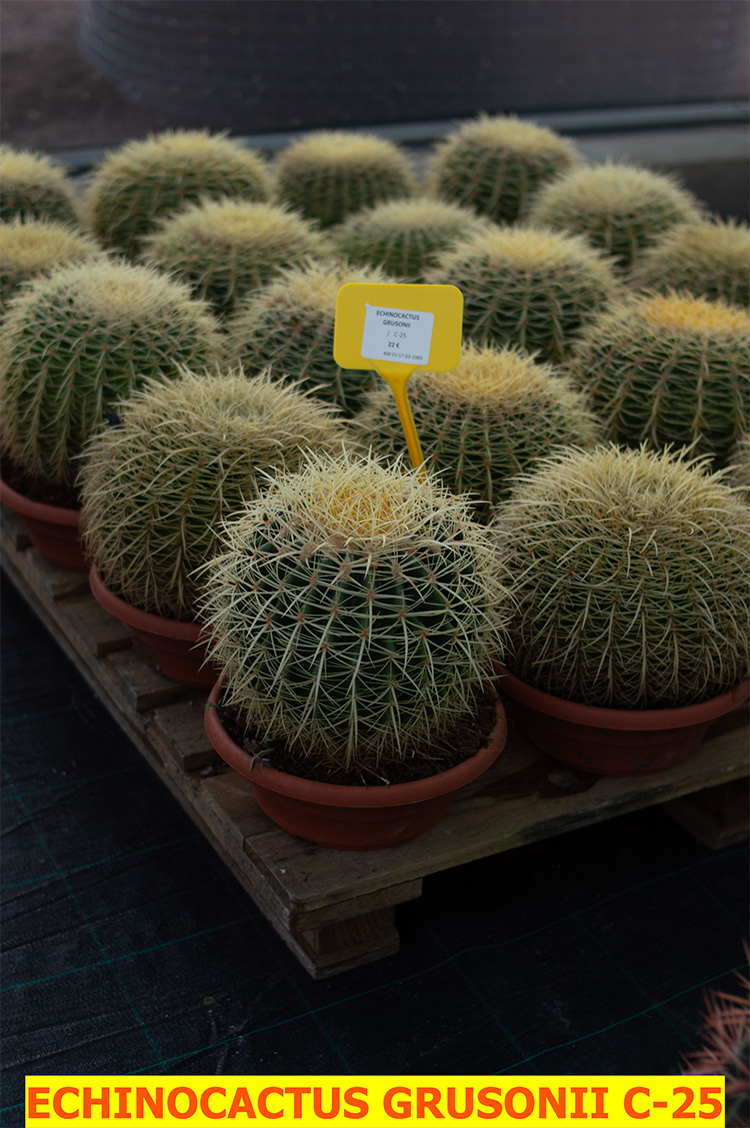 Echinocactus grusonii, commonly called mother-in-law's seat, golden ball, golden barrel, or hedgehog cactus, is a species belonging to the Cactaceae family. The small genus to which it belongs, Echinocactus, along with its relative genus Ferocactus, are commonly known as barrel cactus.It is endemic to central Mexico, from Tamaulipas to the State of Hidalgo, and despite being one of the most popular cacti in cultivation, it is considered rare and is listed as an endangered species in its wild habitat.