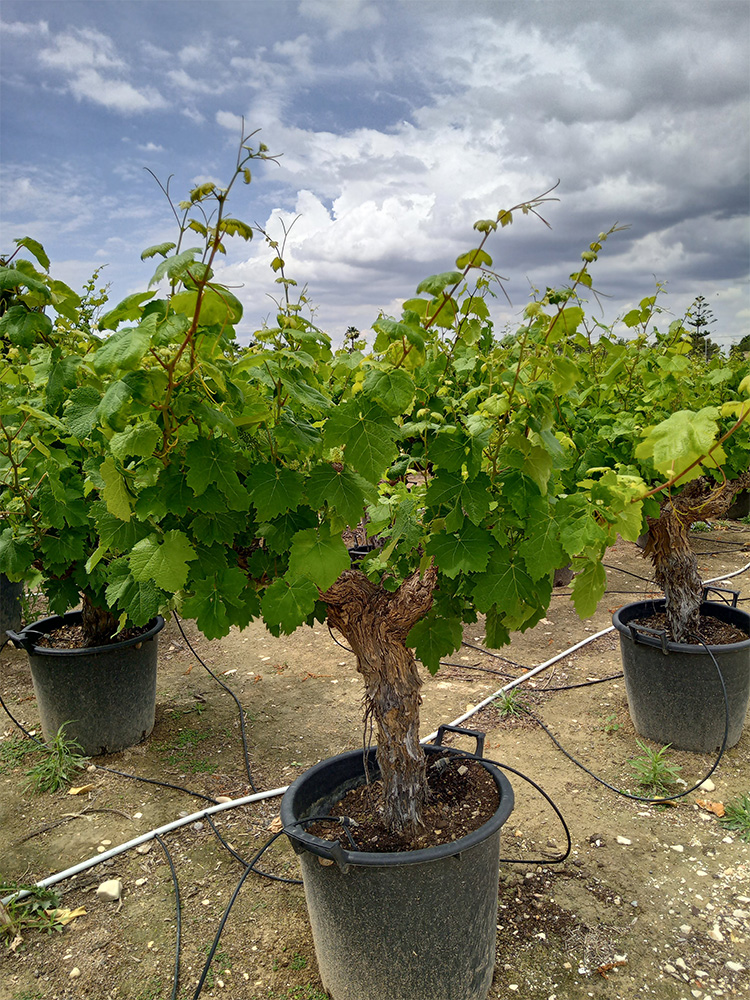 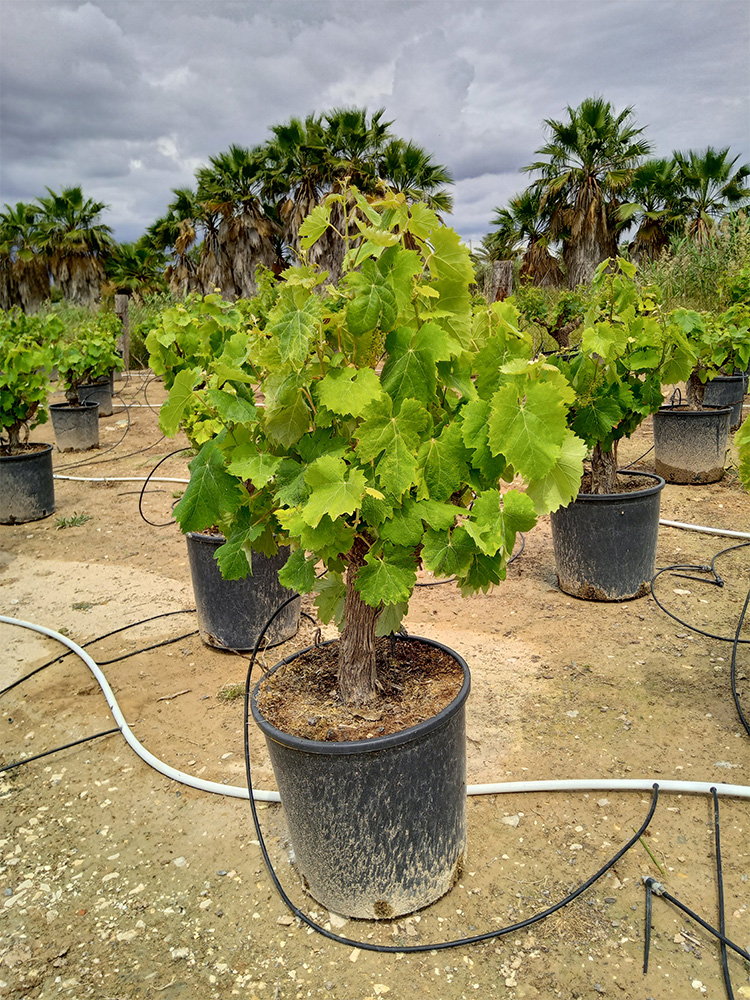 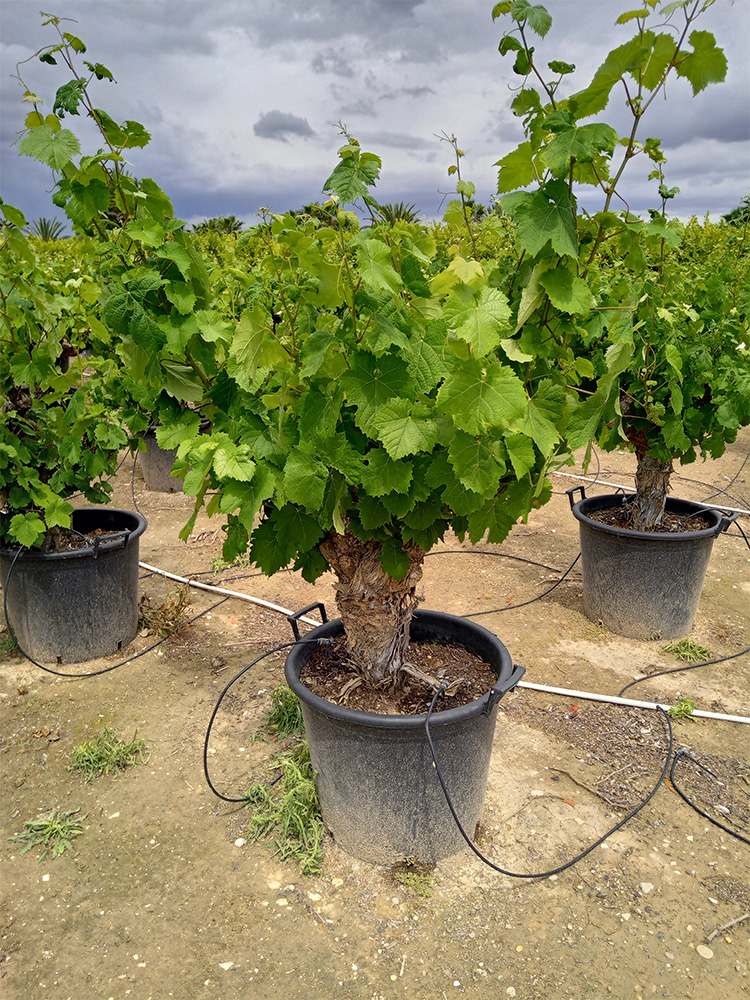 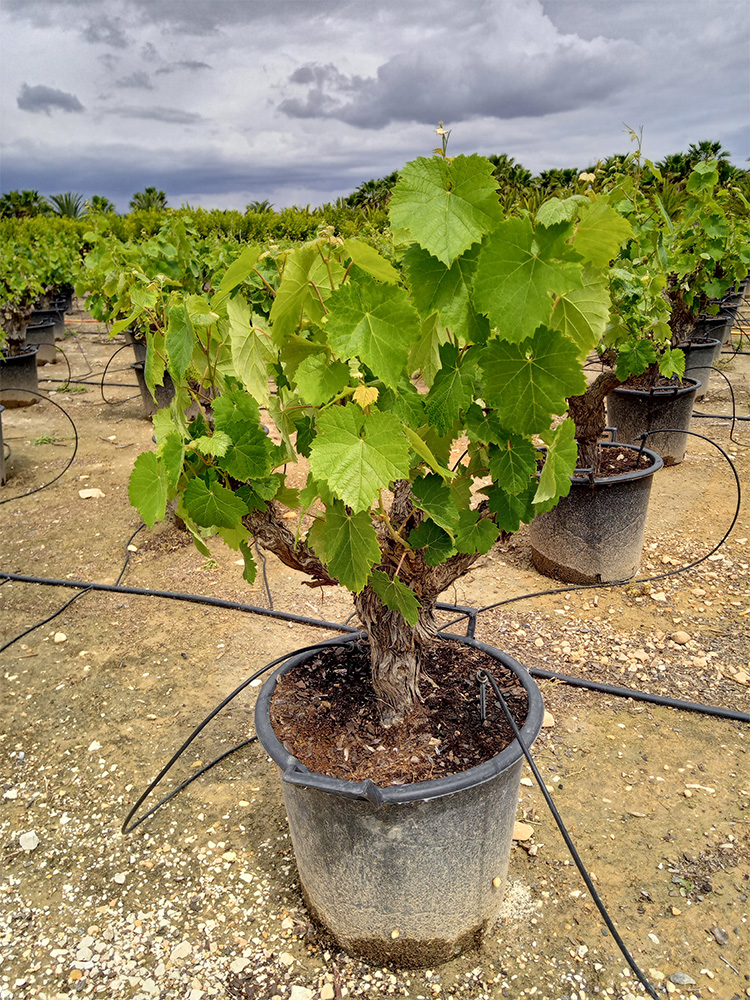 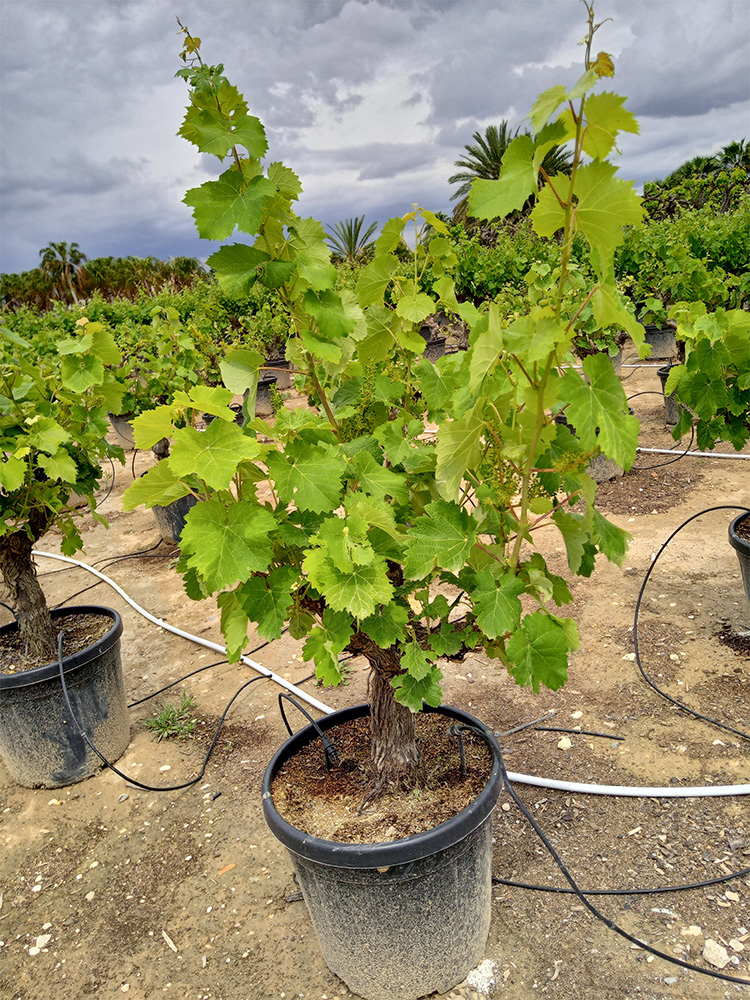 The vine or grapevine, whose scientific name is Vitis vinifera, is a semi-woody and / or climbing plant that when allowed to grow freely can reach more than 30 m, but which, by human action, pruning it annually, is reduced to a small shrub of 1 m. Its fruit, the grape, is edible and raw material for the manufacture of wine and other alcoholic beverages. Sometimes the vine is called by the name of grapevine -particularly one whose product is table grape-, although in fruit growing a parral or grapevine is called a system of conduction of vine plants in height, used particularly for specimens of careful production, since its grapes are intended for fresh consumption. The land planted with vines is called a vineyard and if it is very extensive it is called a vineyard.